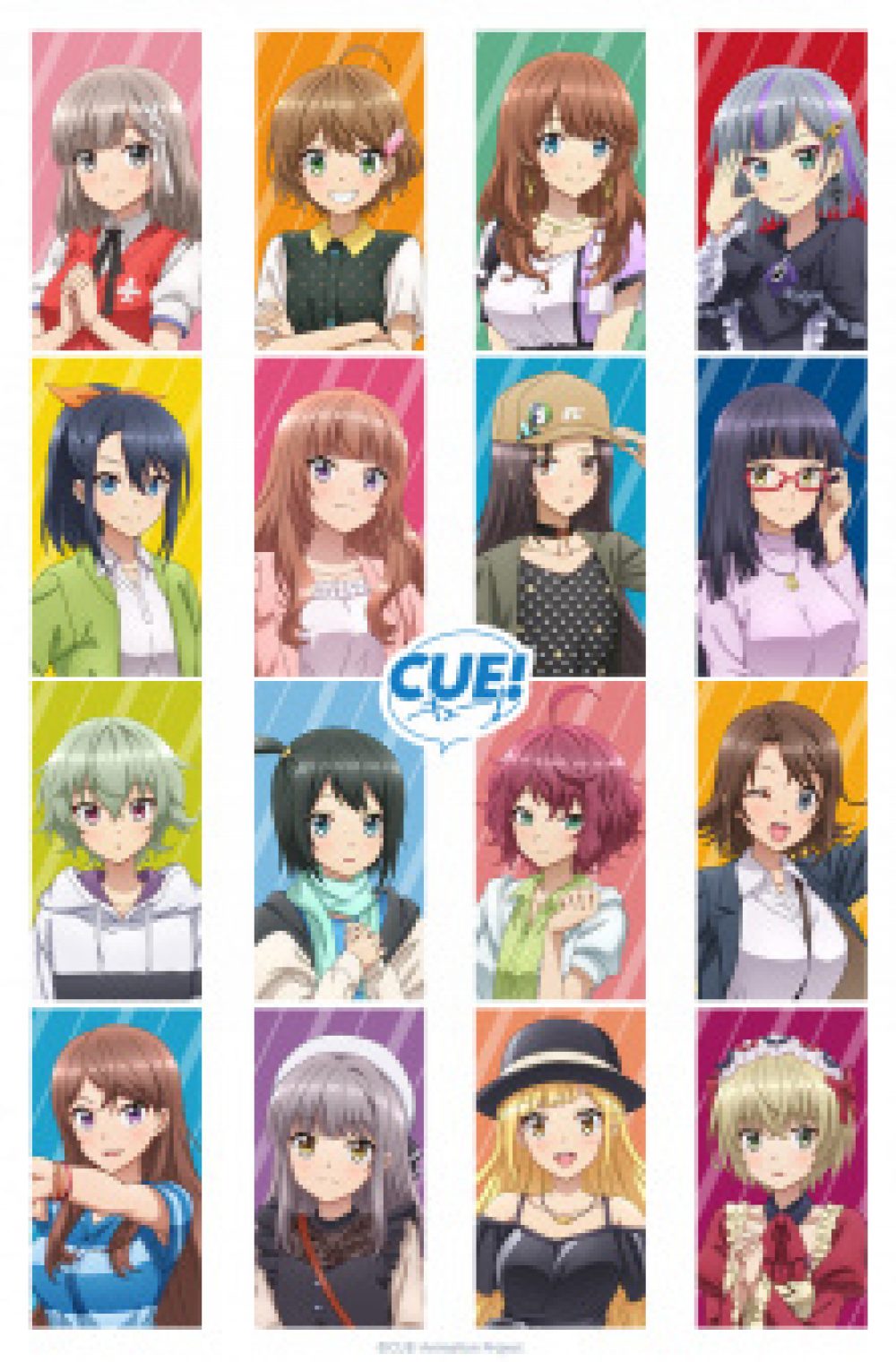 Anime based on Liber Entertainment’s mobile game of the same name in which players train up-and-coming voice actors.

CUE! is a Japanese mobile game produced by Liber Entertainment. It launched on iOS and Android systems on October 25, 2019. The game is a simulation game where players can train up-and-coming voice actors. An anime television series adaptation by Yumeta Company and Graphinica premiered in January 2022 on the Animeism programming block.