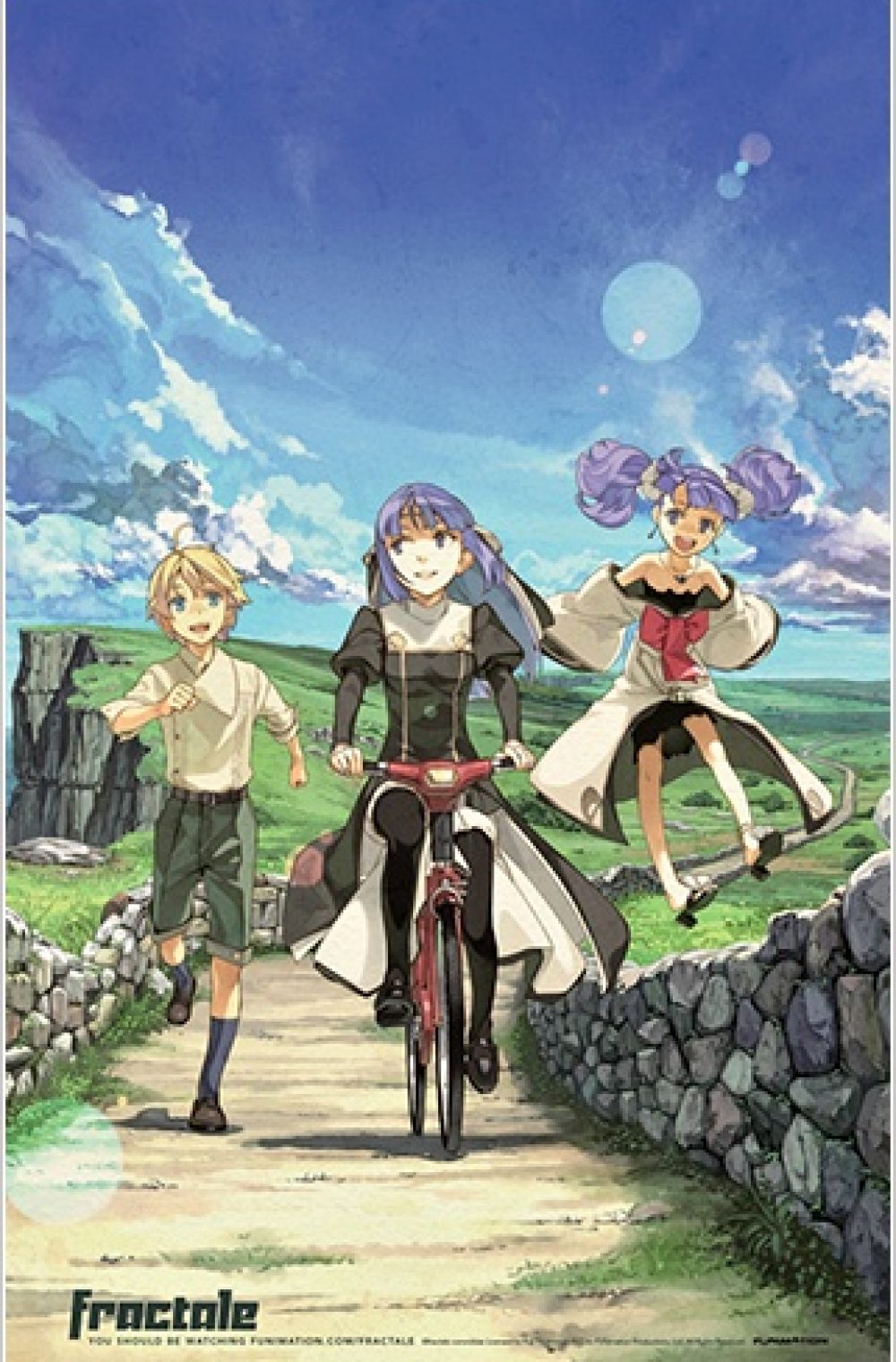 The story takes place on an island, where a “Fractale System” is beginning to collapse. One day, Clain finds an injured girl called Phryne under a cliff. She disappears leaving a pendant. Clain sets out for a journey with the girl-shaped avatar Nessa to look for Phryne and discovers the secret of the Fractale System.

On June 19, 2011, Mutsumi Akazaki, who drew the manga adaptation of Fractale, stated in a blog post that she found the work ‘uninteresting’ and added that she wanted to work on a manga that she enjoyed. The blog post was soon removed. As a result, the anime’s director Yutaka Yamamoto requested that the production committee discontinue the manga series, though there was no indication that this was approved. Akazaki later apologised for the remark.