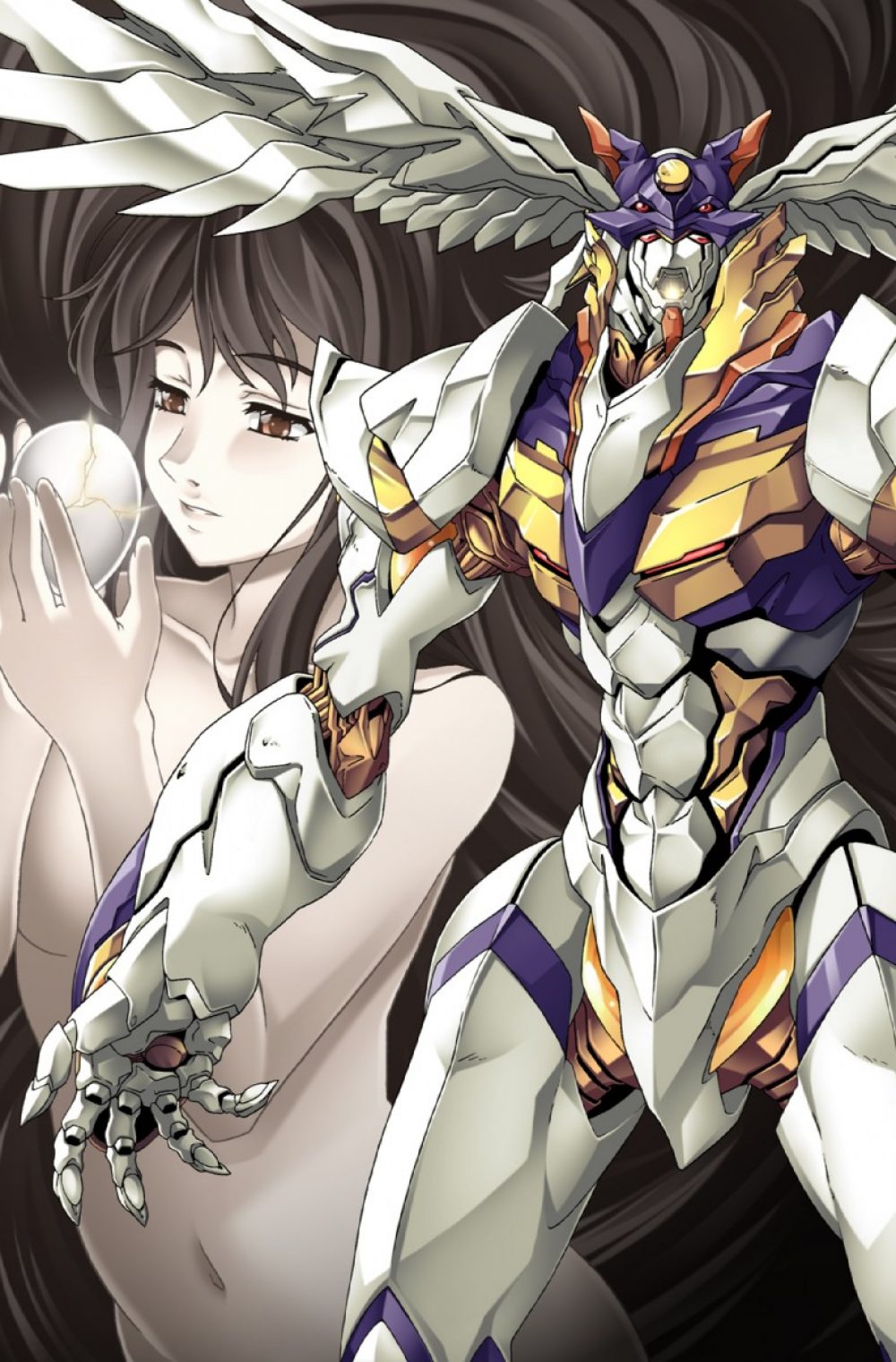 Included Special OVA: Her and Herself bundled with DVD release.

In the year 2012 Japan was invaded by the Mu. Human-like beings from another dimension with blue blood.

In the year 2015 Tokyo is attacked by invaders, who are repelled by a humanoid weapon called a Dolem. During the chaos, Ayato Kamina meets Reika Mishima, a classmate.

During that same day, he is attacked by government officials but a woman named Haruka comes to his rescue, informing him that she was sent to get him by the Organization TERRA, and that Tokyo had been sealed in a time rift where time flows one third as fast as the outside world.

He flees from Haruka onto a train where he sees Reika once more. Arriving at the Room of Rah, he follows her to a tremendous egg where the Dolem RahXephon is hatched from, and upon her singing his mother appears atop the Dolem that had stopped the TERRA Invasion. In the battle Ayato’s mother is injured, and Ayato flees Tokyo Jupiter with Haruka.