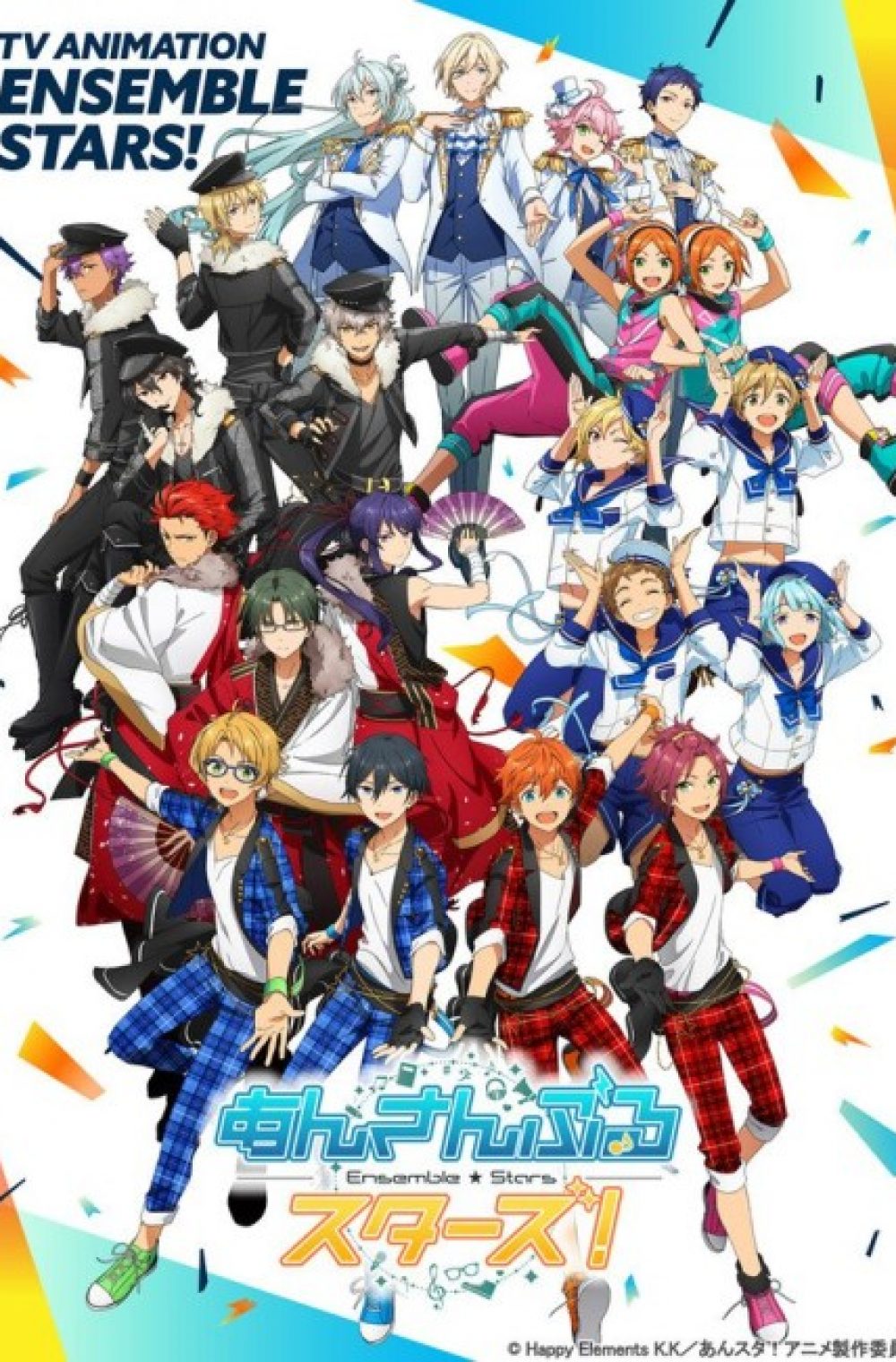 Airs on July 2019. An anime adaptation of the idol raising game “Ensemble Stars!” which takes place at a private boys’ idol-training school.

Ensemble Stars! is a touch-and-go, CCG game created by Happy Elements of Merc Storia fame, and the younger brother series to Happy Element’s other idol mobile game, Ensemble Girls!. Its main attraction is a Cast Full of Pretty Boys performing various idol activities and semi Otome-Game like features, and also a story involved as background to many of the cast.

The player, a new female student (called Anzu as default, but the player can input their own name as well) in the second year transfers to Yumenosaki academy which used to be an all-boys school famous for creating popular performing units until her transfer to start studying in the producer course. Facing the fact that the school is not what it seems to be, she decided to help a group unit who wanted to rebel against the school’s Unit system.