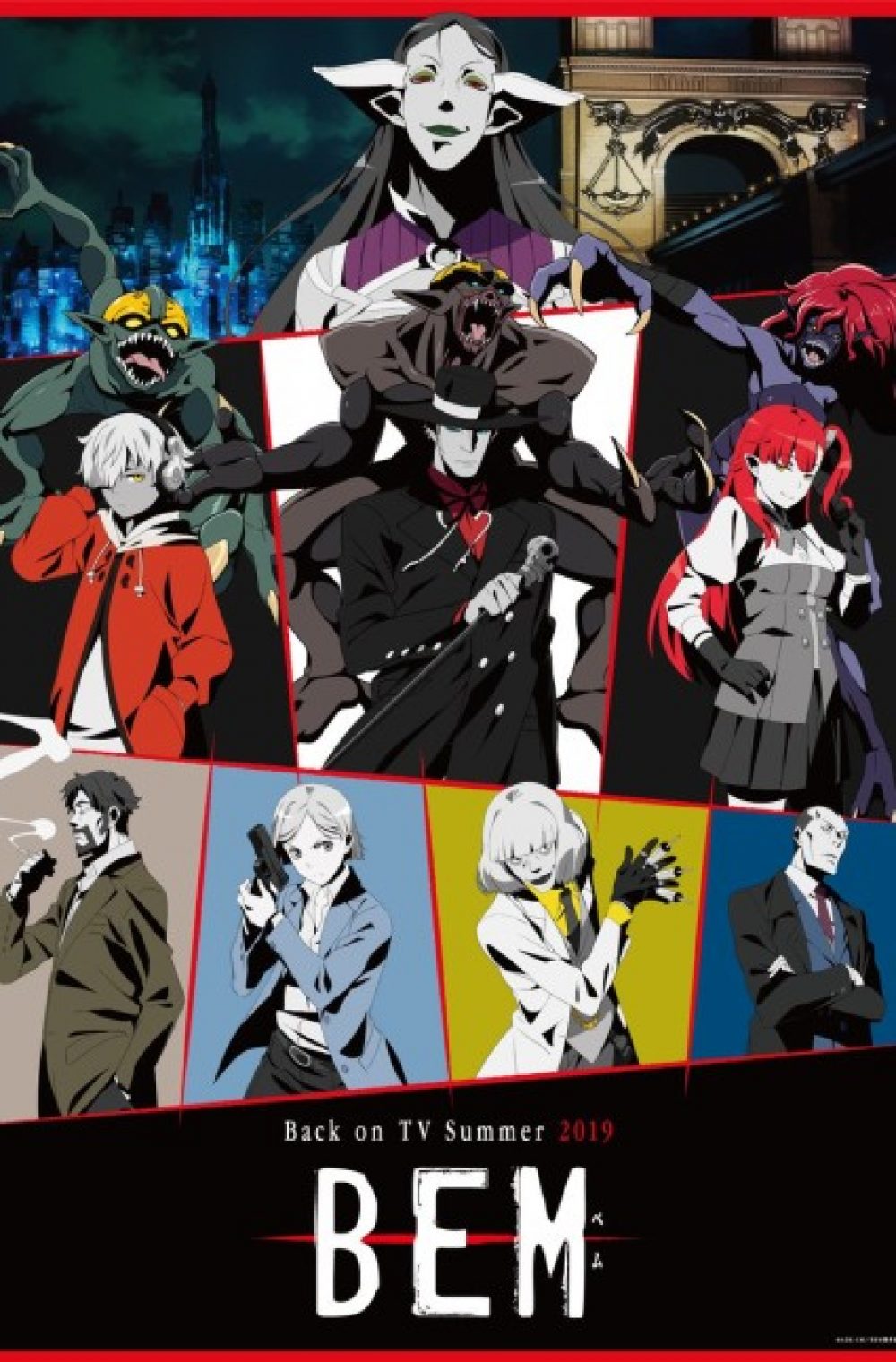 The Port Town, Libra City.
Upper Town is the center of politics, economics, and culture and is where all of the wealth is concentrated. Outside is where crime and corruption runs wild where no one trusts anyone. Between those two areas is a massive canal that separates the two and is spanned by a single bridge. The way this town is constructed, is a realization of what human discrimination looks like.

Sonia is a young, female detective who has just moved from Upper Town to Outside for work, chasing after a few cases. That is when she meets three hideous beings how fight to protect humanity. ‘Just what are they…?’ she wonders…

These three monsters known as youkai ningen (demon humans) live, concealing who they really are, while each bearing their own feelings and thoughts. BEM wants to become human himself and fights against evil that would befall humans. Bela looks up to and desires to become human herself and attends school in order to understand humans better. Belo has dove headfirst into the world of gaming, taking a philosophical view of both humans and the world. With every incident, they come into contact with humans, get hurt, and worry. They fight for the sake of humanity, however, due to their horrible form, they are something that humans will never accept.

There is another who is searching for these three beings. She has her thumb on the concealed assembly that controls Libra City from the shadows. But just what is her goal as she tries to get her hands on these three?