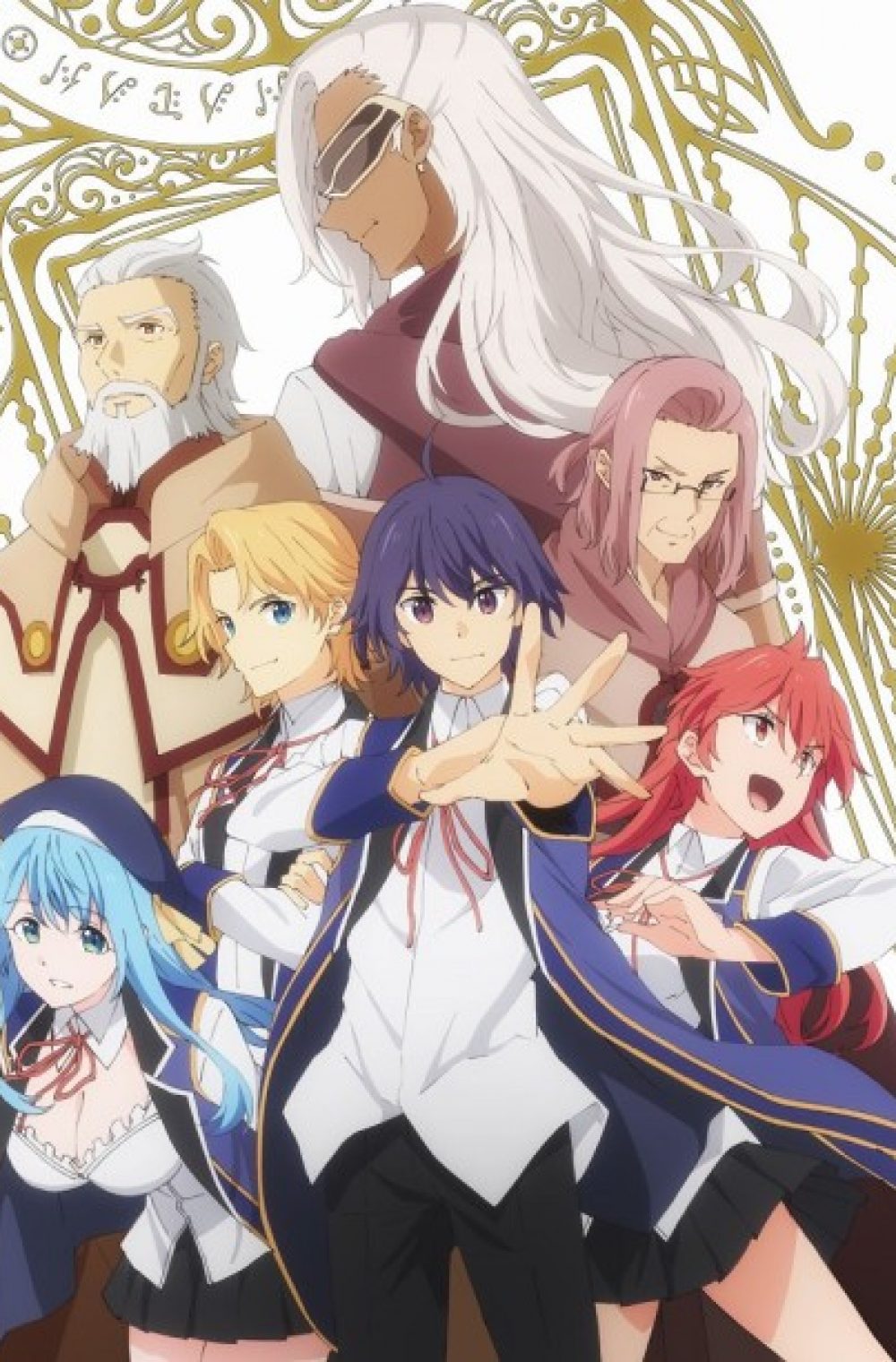 A young man is reborn in another world where he is adopted as a baby by the hero Merlin Wolford and named Shin. By his 15th birthday, Shin has accumulated all kinds of power by studying under Merlin, but one thing his adoptive grandfather didn’t give him was a lick of common sense. Kenja no Mago (賢者の孫, lit. “The Sage’s Grandson”) is a Japanese light novel series written by Tsuyoshi Yoshioka and illustrated by Seiji Kikuchi. It began serialization online in January 2015 on the user-generated novel publishing website Shōsetsuka ni Narō. It was acquired by Enterbrain, who have published nine volumes since July 2015 under their Famitsu Bunko imprint. A manga adaptation written by Yoshioka and illustrated by Shunsuke Ogata began serialization on Kadokawa Shoten’s Young Ace Up website from March 2016. It has been collected in nine tankōbon volumes. An anime television series adaptation by Silver Link is set to premiere in April 10, 2019.