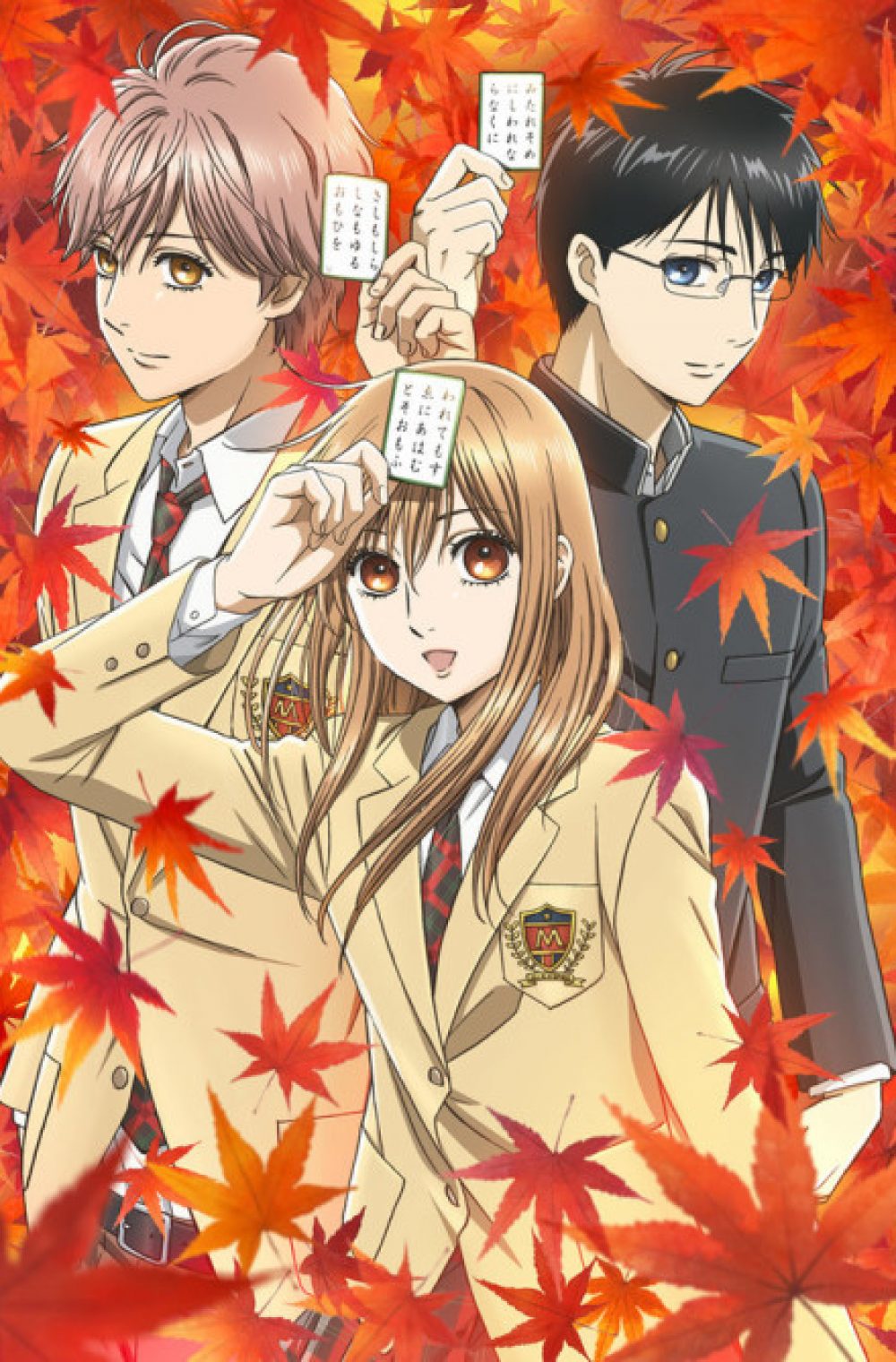 Airing April 2019. Third season of the Chihayafuru series announced by the voice actors at the “Chihayafuru in Awara Week” event.

Chihaya is a girl in the sixth grade, still not old enough to even know the meaning of the word zeal. But one day, she meets Arata, a transfer student from rural Fukui prefecture. Though docile and quiet, he has an unexpected skill: his ability to play competitive karuta, a traditional Japanese card game.

Chihaya is struck by his obsession with the game, along with his ability to pick out the right card and swipe it away before any of his opponents. However, Arata is transfixed by her as well, all because of her unbelievable natural talent for the game. Don’t miss this story of adolescent lives and emotions playing out in the most dramatic of ways!

Chihayafuru won the second Manga Taisho award in 2009 and the 35th Kodansha Manga Award in the shoujo manga category in 2011.

Kodansha published the first three volumes of Chihayafuru, consisting of the first seventeen chapters, in two English/Japanese volumes under their Kodansha Bilingual Comics line, on December 21, 2011 and February 23, 2012 respectively. Kodansha Comics USA has been digitally publishing the series in English since February 14, 2017.

Two live-action films were released in 2016. The first, titled Chihayafuru Kaminoku, opened in Japanese cinemas on March 19, followed by a second film, titled Shimonoku, on April 29, 2016. During a stage greeting event for the second film, a surprise announcement was made that a sequel would be produced, although details for a production schedule or release date were not revealed.