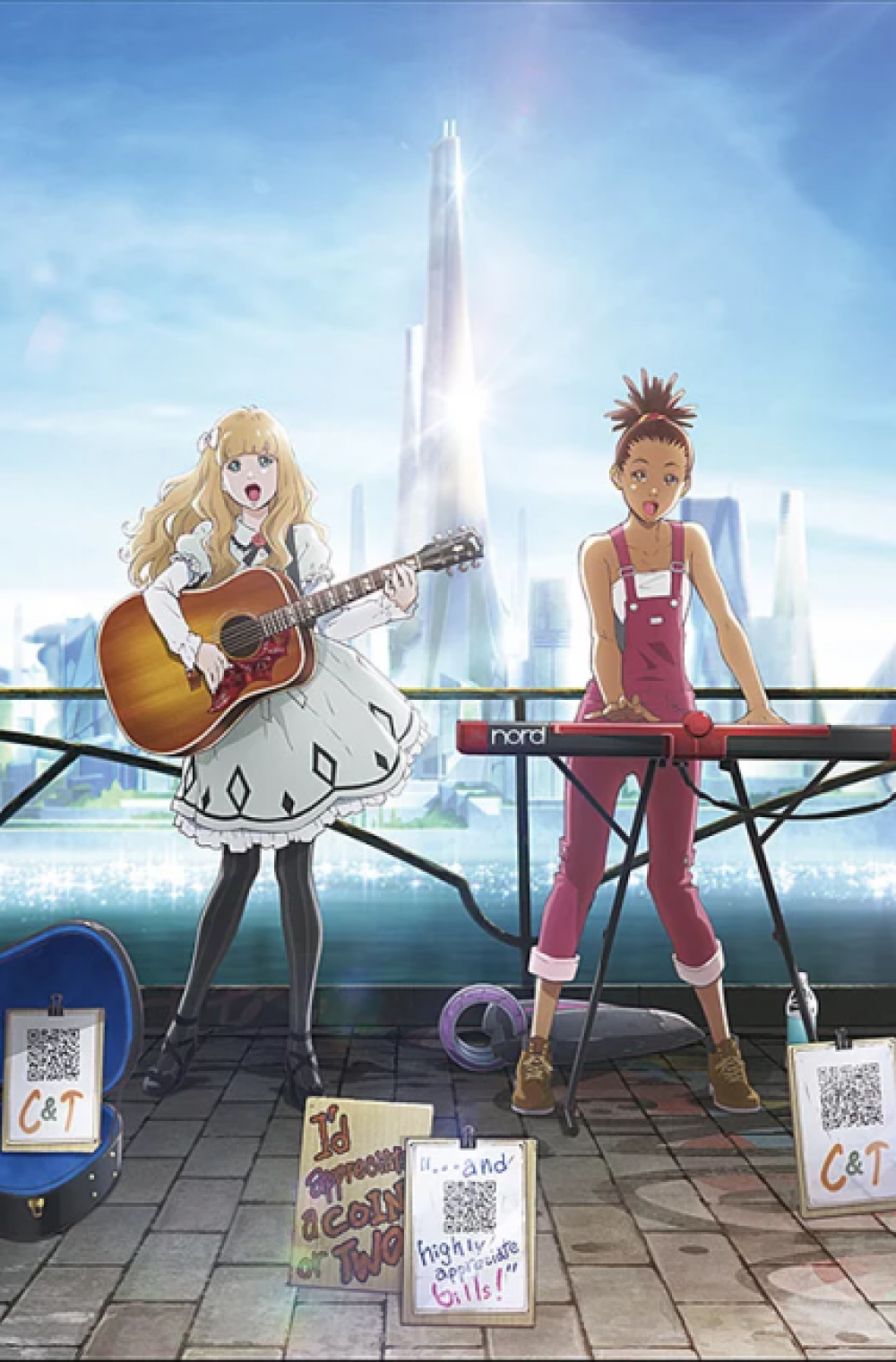 Fifty years have passed since mankind began migrating to the new frontier: Mars.
It’s an age where most culture is produced by AI, and people are content to be passive consumers.

There’s a girl.
Scrapping a living in the metropolis of Alba City, she’s working part-time while trying to become a musician. She’s always felt like something is missing.
Her name is Carole.

There’s a girl.
Born to a wealthy family in the provincial town of Herschel City, she dreams of becoming a musician, but nobody around her understands. She feels like the loneliest person in the world.
Her name is Tuesday.

A chance meeting brings them together.
They want to sing.
They want to make music.
Together, they feel like they just might have a chance.

The two of them may only create a tiny wave.
But that wave will eventually grow into something larger…