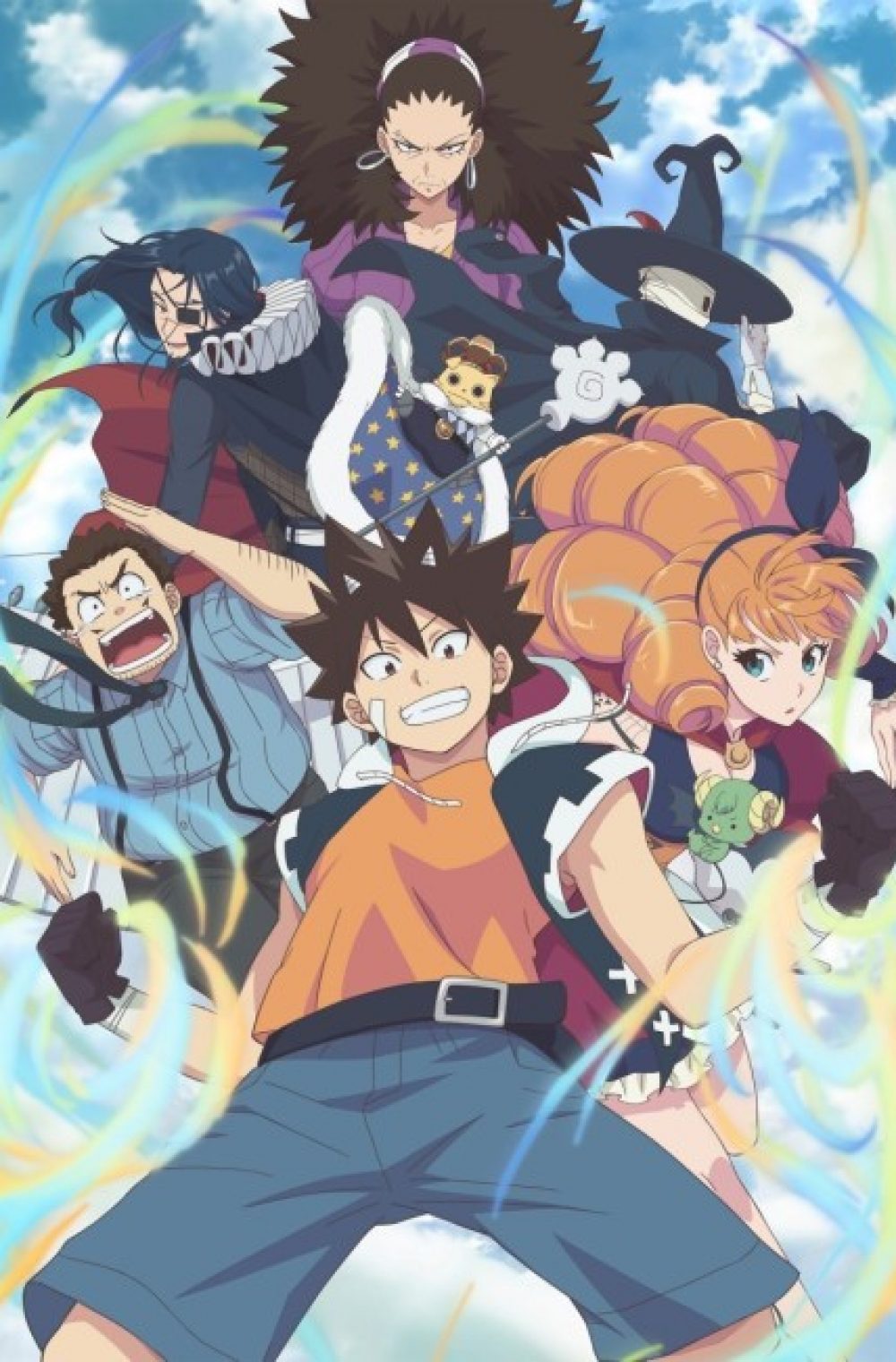 Viz Media licensed the comic, and it describes the story:

Seth is an aspiring wizard living in a pastoral village under the watchful eye of his mentor. Like all wizards, he is an “infected”—one of the few people that has survived contact with a Nemesis, creatures that fall from the sky and contaminate all they touch. His encounter gave him powers and led him to choose a path that seemed to be perfect—to become someone who hunts and fights the Nemesis. But Seth longs for a quest that goes beyond the simple hunt for monsters. He wants to find the place they come from, Radiant, and destroy it. Along with other wizards, he travels the world in search of Radiant, under the sinister eye of the Inquisition…
Seiji Kishi (Angel Beats!, Persona 4 The Animation, Yuki Yuna Is a Hero) directed the first series at Lerche, while Daisei Fukuoka (Danganronpa 3: The End of Hope’s Peak High School: Future Arc, Yuki Yuna is A Hero Season 2) was credited as series director. Makoto Uezu (Humanity Has Declined, Yuki Yuna Is a Hero, Scum’s Wish) was in charge of the series scripts. Nozomi Kawano designed the characters, and Masato Kōda (KonoSuba – God’s blessing on this wonderful world!!, Arpeggio of Blue Steel – Ars Nova) composed the music.