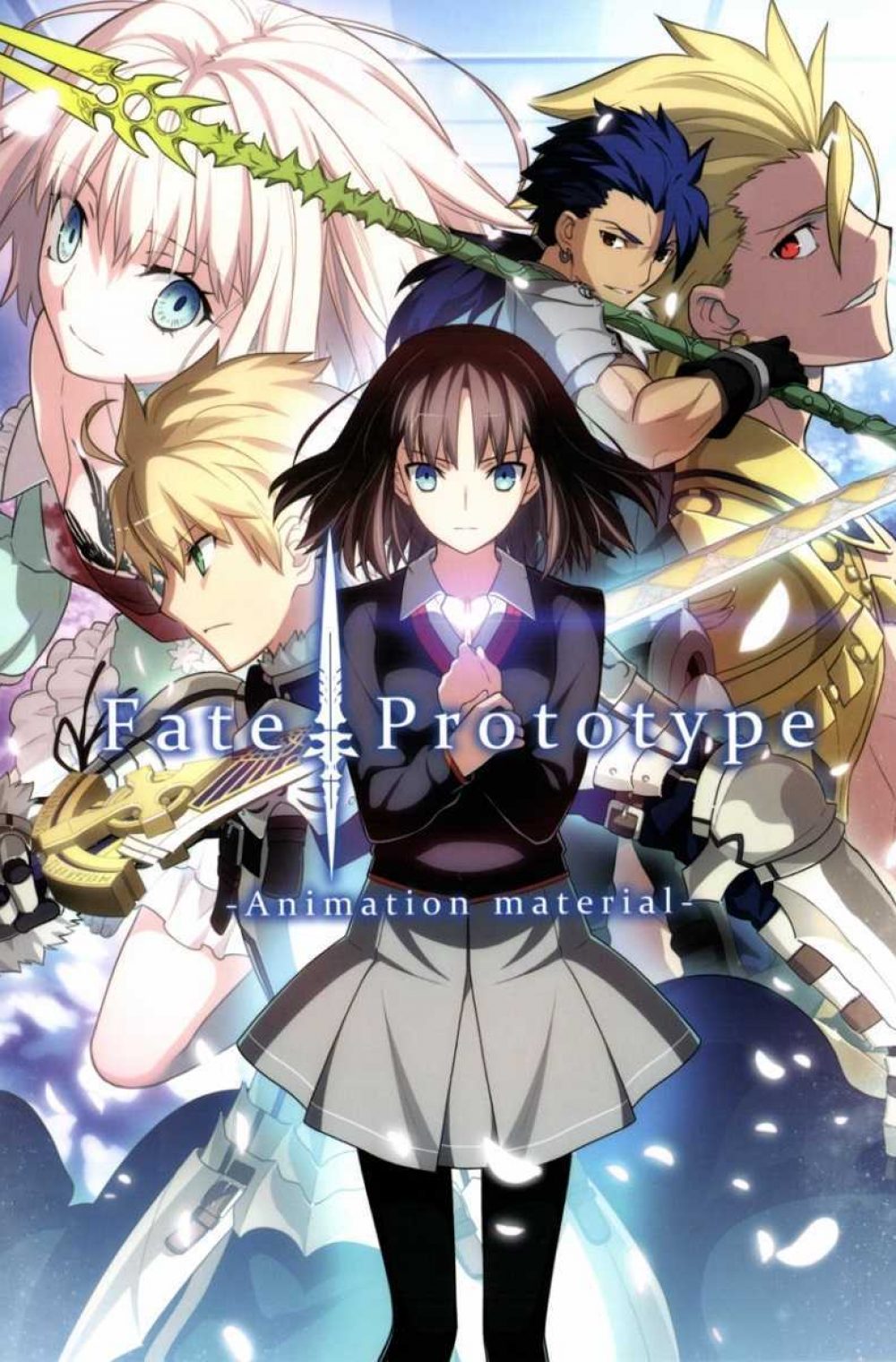 Fate/Prototype (フェイト/プロトタイプ) is an animated short by Studio Lerche, distributed with the third home release of Carnival Phantasm on December 2011. Based around the Second Tokyo Holy Grail War, it is the original concept of Kinoko Nasu’s for Fate/stay night. It has yet to be adapted as a full series, with only a short animated feature and production notes detailing the story. The prequel story Fate/Prototype: Fragments of Sky Silver has been fully adapted in drama CDs with the same voice actors and actresses.

The system of the War and everything else is much like that from Fate/stay night in some points, but unlike the produced project, the Prototype version has Masters that possess “Master Degrees”, which are named following the angelic hierarchy starting from the 7th Order and up (so Princes, Powers, Virtues, Dominions, Thrones, Cherubim, Seraphim).