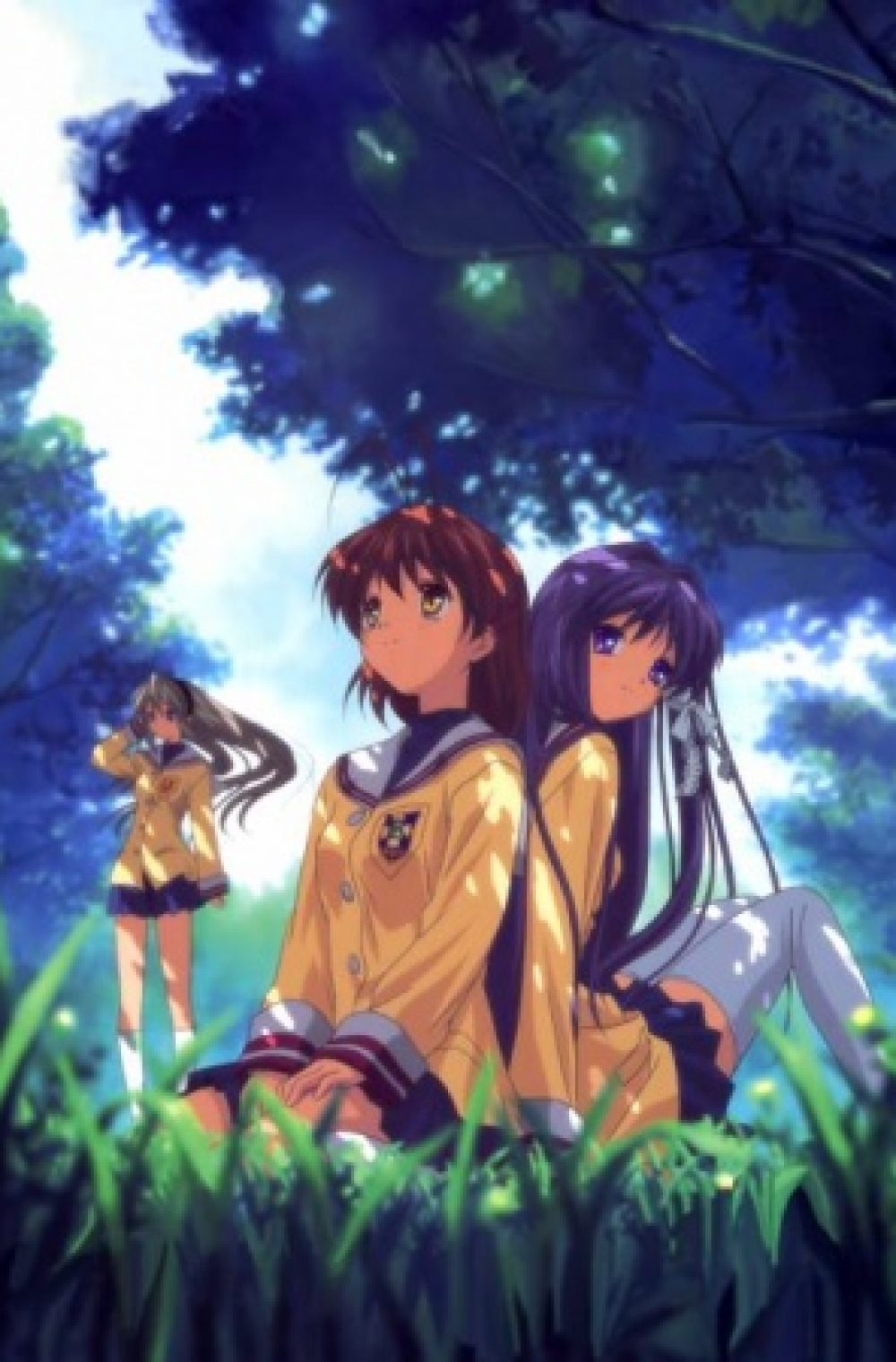 Tomoya Okazaki is a delinquent who finds life dull and believes he’ll never amount to anything. Along with his friend Youhei Sunohara, he skips school and plans to waste his high school days away.

One day while walking to school, Tomoya passes a young girl muttering quietly to herself. Without warning she exclaims “Anpan!” (a popular Japanese food) which catches Tomoya’s attention. He soon discovers the girl’s name is Nagisa Furukawa and that she exclaims things she likes in order to motivate herself. Nagisa claims they are now friends, but Tomoya walks away passing the encounter off as nothing.

However, Tomoya finds he is noticing Nagisa more and more around school. Eventually he concedes and befriends her. Tomoya learns Nagisa has been held back a year due to a severe illness and that her dream is to revive the school’s drama club. Claiming he has nothing better to do, he decides to help her achieve this goal along with the help of four other girls.

As Tomoya spends more time with the girls, he learns more about them and their problems. As he attempts to help each girl overcome her respective obstacle, he begins to realize life isn’t as dull as he once thought.

Clannad is the anime adaptation of the visual novel developed by KEY for Windows PCs in 2004, which was later ported to PlayStation consoles and the Xbox 360. The game was the best-selling PC game in 2004 and charted in national top 50 rankings several more times afterwards. Clannad has been adapted into four manga adaptations, an animated film, two anime series, two OVAs, comic anthologies, light novels and art books. The anime series and OVAs were licensed in North America by Sentai Filmworks in 2009. The first season of the animated series received positive to mixed reviews, while the second season Clannad After Story received wide critical acclaim.