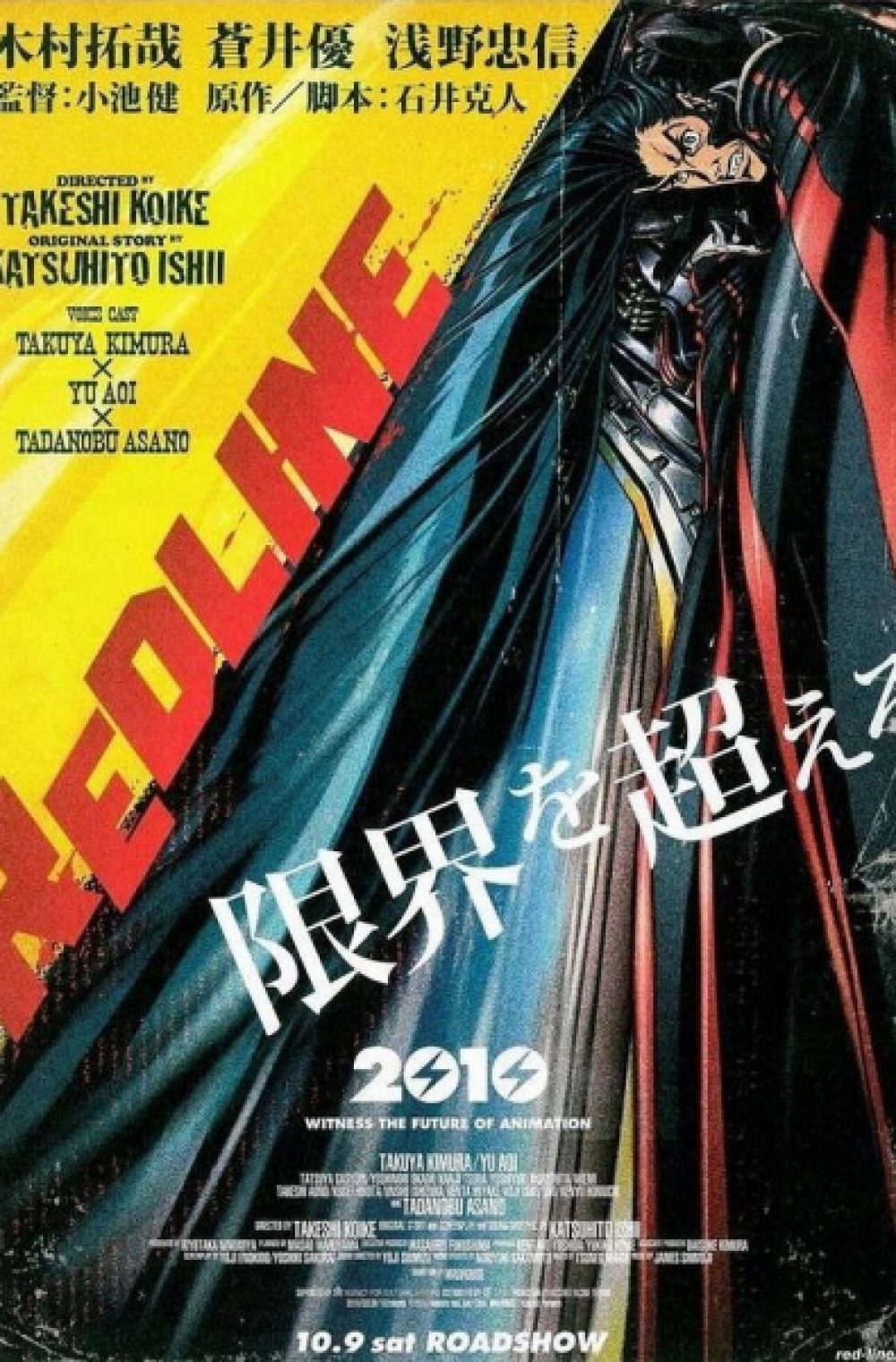 Every five years, an exhilarating race called Redline is held, and the universe’s most anticipated competition has only one rule: that there are none. Racers are pushed to their absolute limit—a feeling that daredevil driver JP knows all too well. Having just qualified to participate in Redline, he is eager to battle against the other highly skilled drivers, particularly the beautiful rising star and the only other human that qualified, Sonoshee McLaren.

But this year’s Redline may be far more dangerous than usual—it has been announced to take place on the planet Roboworld with its trigger-happy military and criminals who look to turn the race to their own advantage. However, the potential danger doesn’t stop the racers; in fact, it only adds to the thrill. Relying solely on his vehicle’s speed, JP prepares for the event to come, aiming to take first place in the biggest race of his life.

Redline took a full seven years to create and used more than 100,000 frames in production. When finally complete, it made its debut at the 2009 Locarno International Film Festival, more than a year before it came to Japanese theaters.